We are excited to announce the opening of the Branchwood Disc Golf Course. Anyone can play this scenic 18-hole disc golf course. 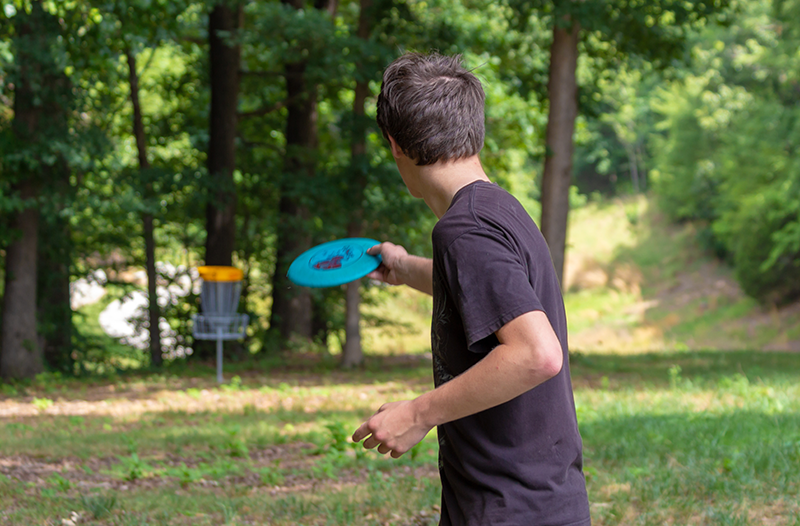 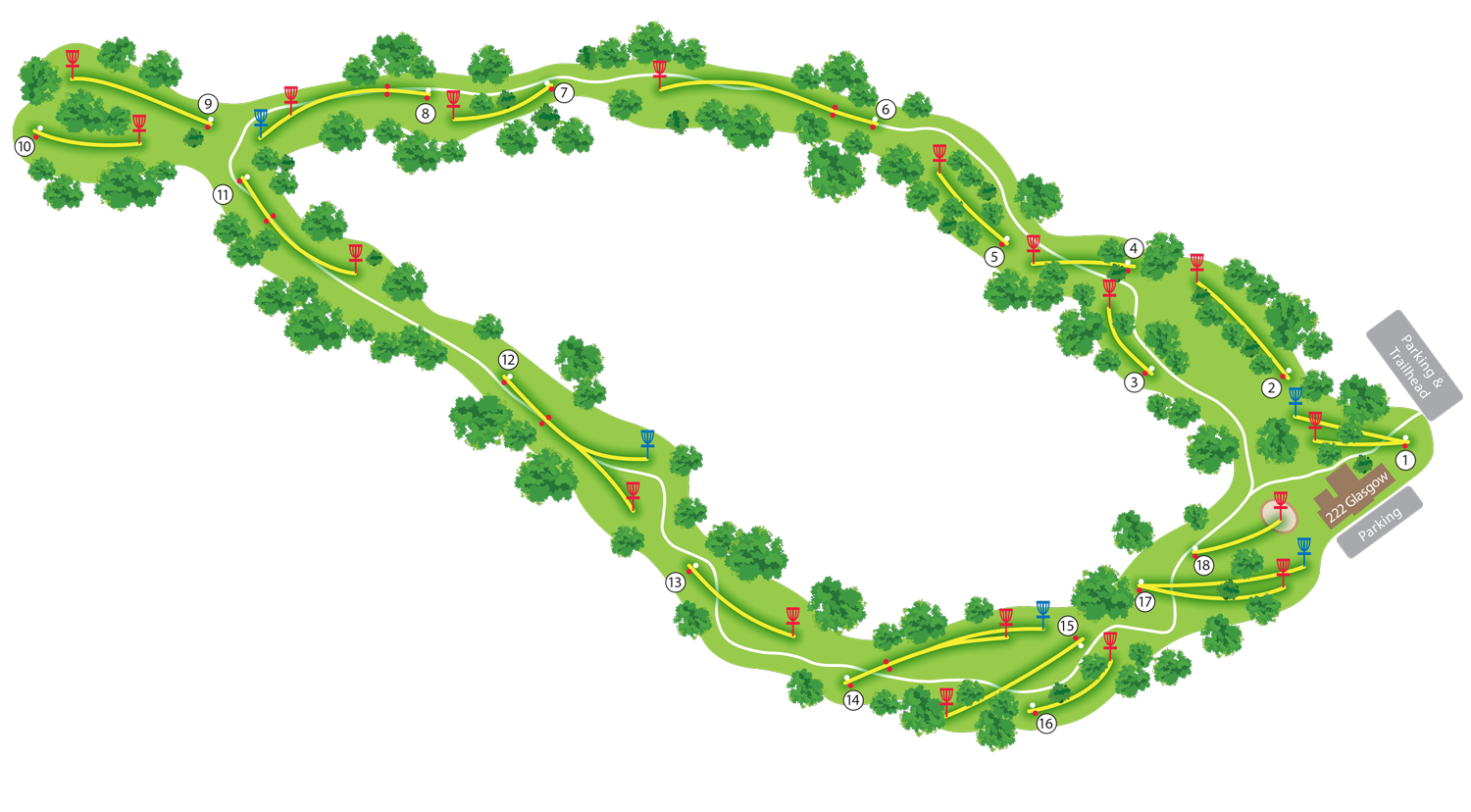 Objective of the Game
Disc Golf is played like traditional “ball” golf, but with disc golf discs instead of balls and clubs. One stroke is counted each time the disc is thrown and when a penalty is incurred. The goal is to play each hole in the fewest strokes possible.

SAFETY FIRST
Never throw when players or park users are within range. Always give park users the right of way. Be aware of your surroundings and environment.

Tee Throws
Each hole begins by teeing off. Players must tee off from within the designated tee pad.

Throwing Order
The player with the least amount of strokes on the previous hole is the first to tee off on the next hole. After teeing off, the player whose disc is farthest from the hole always throws first.

Mandatory (or Mando)
A Mando is one or more designated trees or poles in the fairway that must be passed as indicated by arrows. If a player passes the Mando on the wrong side they must play the shot as if it went out of bounds, or they must throw back to go around the correct side of the Mando.

Completion Of Hole
A disc that comes to rest in the disc golf basket basket or chains constitutes successful completion of that hole.

Unplayable Lie
Any disc that comes to rest above the ground is considered an unplayable lie. The disc must be thrown from the lie on the ground, directly underneath the unplayable lie, relocated to avoid damage to the vegetation. 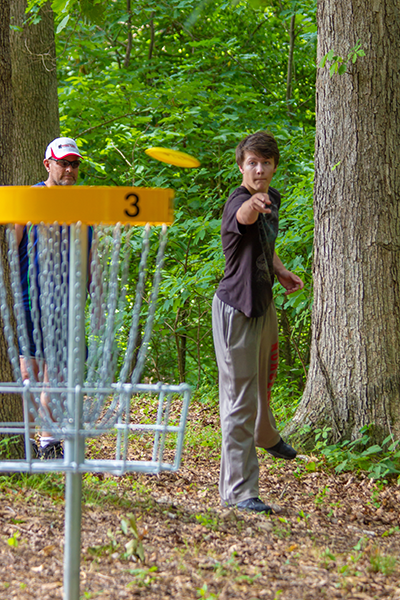