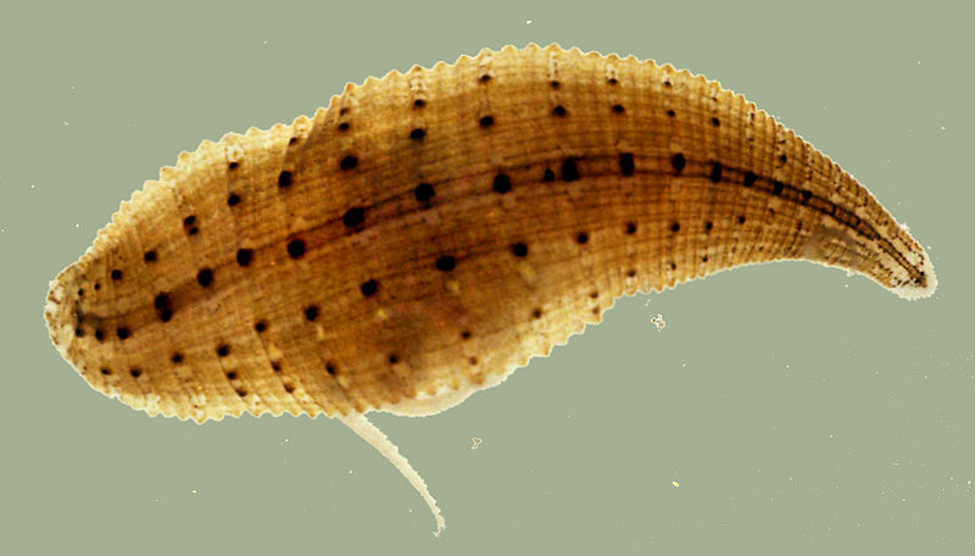 The ocean isn’t the only place where strange creatures can be found. Freshwater can support its fair share of interesting animals. For example, freshwater jellyfish, moss animals, and leeches all inhabit freshwater environments.

Freshwater jellyfish are most recognizable in their medusa, or jellyfish form of its lifecycle. The small bell-shaped medusa form is translucent with a white- to- green coloring and range from 0.2 to 1 inch in diameter. Jellyfish do not have a digestive system with two openings like most animals. Instead, they have only one orifice for both ingestion and expulsion of waste. The freshwater jellyfish has a digestive system called the gastrovascular cavity which is composed of four radial canals and one central canal, which are easily visible with the naked eye, and a mouth on the ventral surface of the bell. Between 50 and 500 tentacles surround the bell of the medusa, each containing specialized stinging cells called nematocysts which immobilize prey. They are preyed upon by fish and other aquatic life.

Bryozoans are a group of invertebrate animals inhabiting both ocean and freshwater environments. They are a colonial animal. Individuals, called zooids, only measure about 1/64 inches in length, while colonies can range from golf ball to volleyball-sized. These sedentary colonies are usually attached to sticks or rocks. Freshwater zooids are simultaneous hermaphrodites, serving as both male and female with sperm and sometimes eggs being released into the water where they fertilize and settle on a surface. Each zoid has a small ring of tentacles around a mouth for filter feeding. Bryozoans are preyed upon by other invertebrates, fish, and snails.

Leeches are in the subclass Hirudinea and are a type of segmented worm. Other segmented worms include earth worms. Most species of leech live in freshwater, while some inhabit marine or terrestrial environments. They can range in size from 0.5 to 12 inches in length. While most species are

hematophagous, parasitically consuming a host’s blood, some are predatory, preying mostly on small invertebrates. The most well-known and studied leeches are the medical leeches, for example Hirudo medicinalis. Leeches generally prefer a certain type of animal to feed on, some attaching to turtles, some to fish, and others to mammals, including humans. Like freshwater zooids, leeches are also hermaphrodites, containing both male and female sexual organs. They require a mate, with each partner fertilizing the other. Eggs are deposited on the underside of logs, sticks, rocks, or plants. Medical leeches are important for some treatments. Their saliva contains anticoagulants, to keep blood flowing, and anesthetics, to reduce or eliminate pain. They have been used to great effect in aiding the recovery process after certain types of surgery, including body part reattachment.

All these animals are found all over the globe. They inhabit many of the world’s freshwaters to various degrees. The freshwater jellyfish originated in China, but has since been spread across the world. Various bryozoan and leech species are native to much of the earth.

The freshwater jellyfish is not considered dangerous to humans or larger organisms. The stinging cells in this species are very small and unlikely to penetrate human skin. Freshwater jellyfish blooms happen sporadically. Usually, a bloom can be observed every year or every other year on at least one of Bella Vista’s lakes. Bryozoans can be found in all our lake with careful observation while swimming or boating. They may be mistaken for the egg sacs of other animals. Leeches are found on all Bella Vista lakes and streams, but feed almost exclusively on fish and turtles. Although some may try human blood if given the chance!