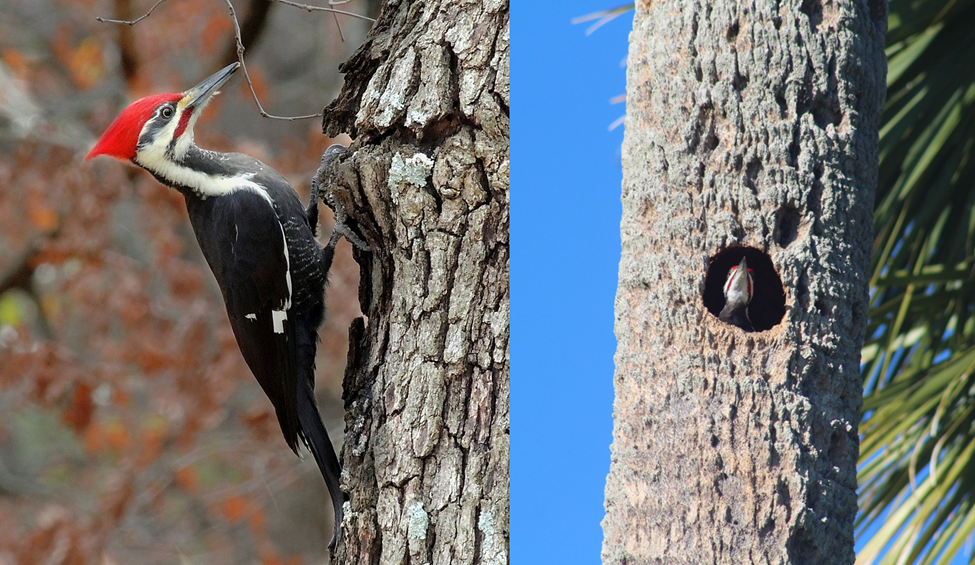 Pileated Woodpeckers are in the woodpecker family, Picidae. Members of this family are found throughout the world except for Australia, New Guinea, New Zealand, and Madagascar. Being around the size of a crow, Pileated woodpeckers are the largest extant species of woodpecker in North America, and the third largest in the world. They are black with a white stripe down their neck and males are larger than females, with a red line between the bill and throat. Their most prominent feature is the red crest or mohawk, for which they get their name “pileated” meaning “capped.” It can be distinguished from other woodpeckers in the area by its prominent red crest and large size. 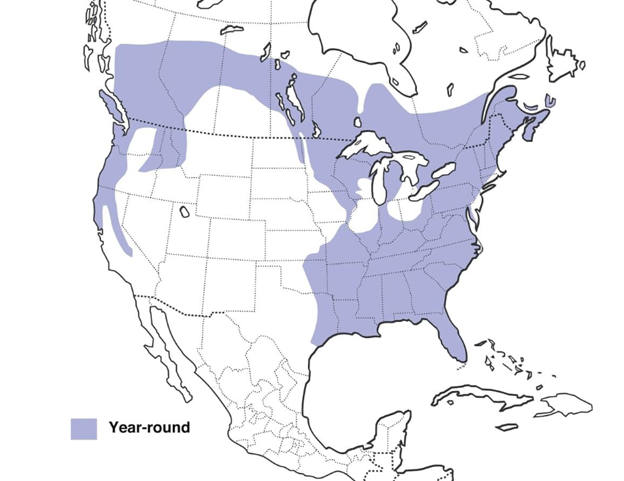 Pileated woodpeckers are found in deciduous forests of Eastern North America, the Great Lakes, and Boreal forests of Canada.

Pileated Woodpeckers are insectivores and commonly make almost rectangular holes in trees to retrieve their prey. Their diet is mainly composed of carpenter ants and beetle larvae, but they will also eat fruit, nuts, and berries, including poison ivy berries. They will forage in both standing and fallen trees for food. Some research has concluded that pileated woodpeckers do better in habitats that have been cleared of invasive bush honeysuckle and buckthorn, which help them to forage more easily on the ground and lower levels of the forest.

Pileated woodpecker males excavate nests in dead trees in April to attract females and raise young. Once offspring have fledged, these nests are abandoned; they are not used for subsequent years of breeding. Pileated woodpeckers stay in their habitat year-round and are not migratory. They defend their territories from other woodpeckers by chasing away, jabbing with bill, striking with wings, and calling.

The abandoned nests of Pileated woodpeckers are used by many other songbirds and small mammals as homes, screech owls and wood ducks among them. Therefore, many species rely on Pileated woodpeckers as ecosystem engineers who create housing throughout forests they inhabit. For this reason, they are an important species to consider when understanding the health of a forest.

Here in Bella Vista Pileated Woodpeckers are quite common in the forested areas. Keeping dead trees can help to attract them and other birds and mammals that are closely associated with them.