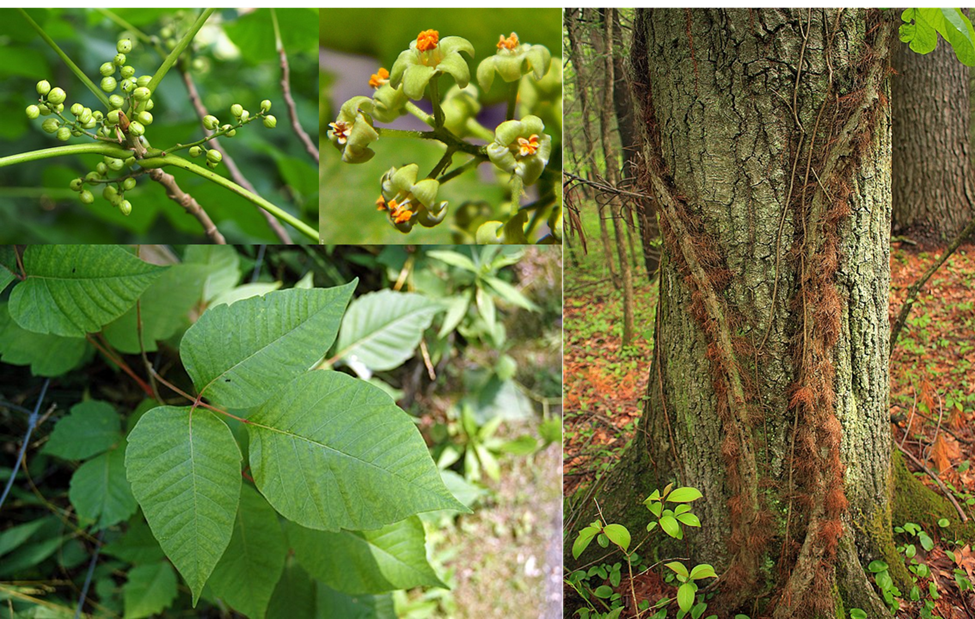 Poison Ivy are in the Anacardiaceae family which are commonly referred to as the cashew or sumac family of plants. Specifically, they are in the Genus Toxicodendron which also contains Poison Oak and Poison Sumac.

Poison Ivy can grow as a climbing vine, a low trailing plant, and a shrub depending on the conditions. They have compound leaves, which are grouped into threes. The edges of the leaves can either be smooth, serrated, or lobed resembling a mitten. The compound leaves are grouped in an alternating pattern around the main steam of the vine or bush. Poison Ivy changes color with the season. Summer leaf color is green, changing to yellow and orange in the fall. It loses leaves in the winter. Rootlets extend from the vine to help it grasp surfaces and grow towards the light. Poison Ivy have small flowers with orange centers, and small, white, and oval fruits. They can be found in heavy to moderately shaded areas.

Box Elder, in the maple family of trees, resembles poison ivy when immature. Box Elders have compound leaves that are in groups of 3 to 5. Unlike Poison Ivy, Box Elders have an opposite arrangement of their leaves along the main steam. This means that the compound leaf set arises from the same point instead of alternating points like poison ivy. Virginia creeper resembles poison ivy except it has leaflets in sets of 5. 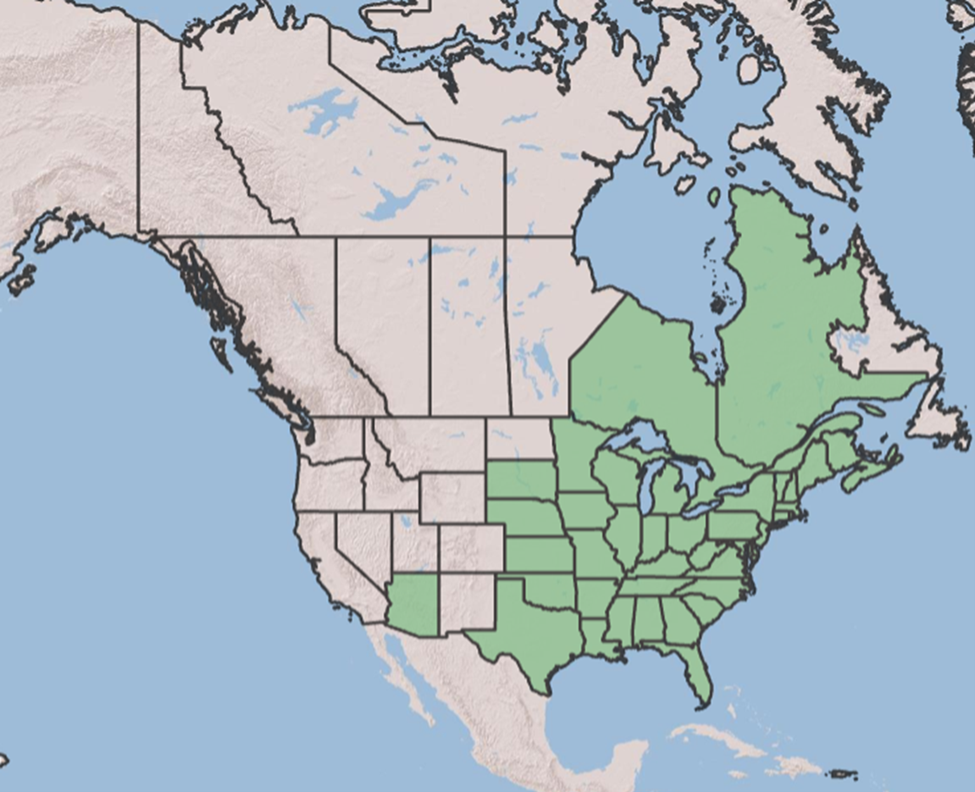 Poison Ivy are in the Anacardiaceae family which are commonly referred to as the cashew or sumac family of plants. Specifically, they are in the Genus Toxicodendron which also contains Poison Oak and Poison Sumac. The plants in this genus produce an oil called urushiol. This oil helps protect the plan from herbivores since it is toxic when ingested. Urushiol oil is lipophilic which allows it to be readily absorbed into our skin.

The oil does not commonly affect other animals’ skin like they do humans. Up to 90% of the population is allergic to poison ivy and will experience a rash when they rub against any part of the plant or touch an object or animal that has contacted the plant.  An allergic reaction can even occur in winter when the plant is dormant. We can also be exposed to urushiol oil by breathing in smoke from burning poison ivy.  When the skin is exposed to poison ivy for the first time, the urushiol oil will readily absorb into the skin and bind to proteins forming protein complexes. The first time this occurs, usually the immune system will slowly remove the foreign entity but will keep a memory of the chemicals with future “attacks.”  Once exposed more than once, the immune system has registered the oil and employs more robust and rapid immune responses to clear the foreign material. It is this act of clearing the oil from the inner layers of skin that causes the rash and burning associated with Poison Ivy exposure. Furthermore, the more exposure a person has to poison ivy, the more robust the immune response and the more severe the rash.

It can grow in a variety of light and soil conditions, but are most commonly abundant along forest edges, open forest, and in moderate sunlight. They produce toxic pale green-whitish berries ripening in late summer to early fall.

Here in Bella Vista, Poison Ivy is very common. Immature box elder, and Virginia creeper can be easily misidentified as poison ivy. The main feature that distinguishes the two, is the pattern of the compound leaves around the main stem of the plant. Many people believe that they are not allergic to poison ivy because of previous misidentified contact with look-a-likes, only to find out differently the hard way.