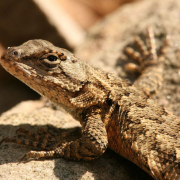 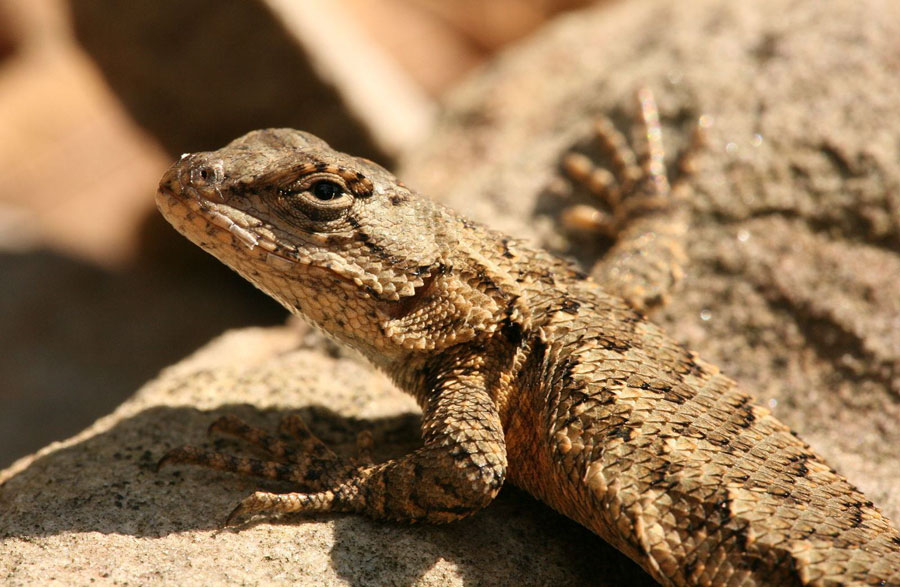 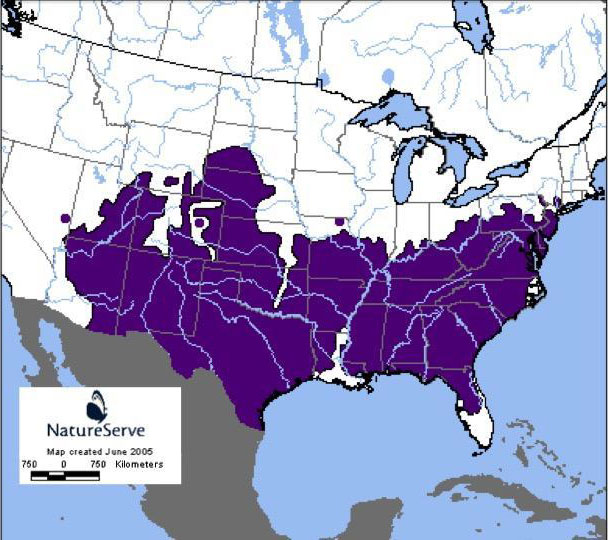 Range:
The eastern fence lizard is found as far north as New York and as far south as northern Florida. They are found as far west as Arizona and Utah, and they are separated from the western fence snake by the Rocky Mountains.

Ecology:
The eastern fence lizard eats a wide variety of insects, spiders, and other invertebrates. Most of the time fence lizards are arboreal, meaning tree-dwelling, and move between trees when approached. They prefer dry, open forests or glades with stumps and logs to escape predators, such as the ratsnakes. Being relatively small, the fence lizard itself is often prey for birds, larger lizard species, snakes, and domestic cats and dogs.

To attract female lizards, the male lizard will perform “push-ups” to attract mates and to keep other males from invading their territory. Fence lizards’ mate in the spring and lay 3-16 eggs in late spring or early summer.; eggs hatch after 10 weeks. Young are left to their own defenses after they hatch, so there is a high mortality rate.

Special Notes:
Here in Bella Vista, fence lizards can be found in most of our forested areas, but they are well camouflaged. They are also often seen along fences, as their name implies, as well as wood piles and the sides of houses.