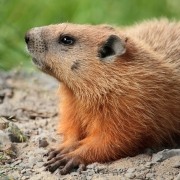 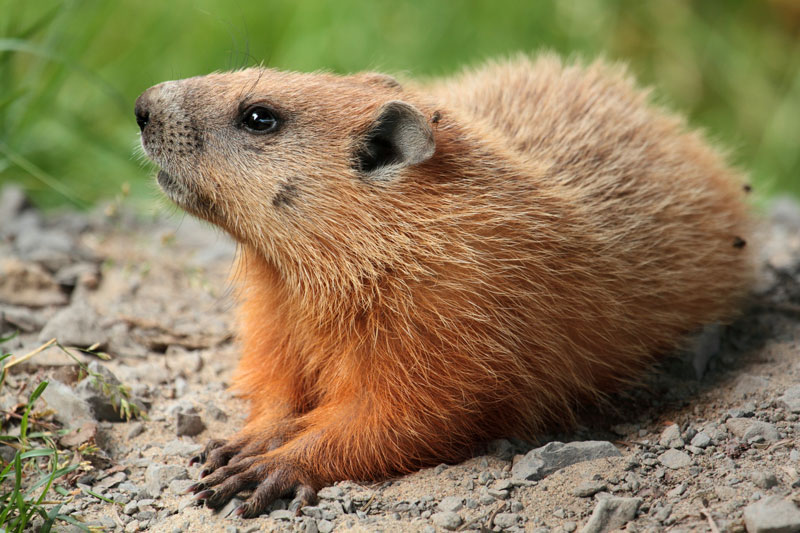 The groundhog is a medium-sized rodent, and the largest member of the squirrel family. Adult groundhogs range from 16-27” in total length, while weighing 4-14lbs. Males are typically larger than females. Fur color ranges from reddish-brown to dark grey. They have large, white or ivory incisors that grow 1/16” per week, but constant wear keeps them at a consistent length. Groundhogs are named such because their short, robust bodies are built for digging, and they are most often found on the ground foraging for food. However, they can climb trees, especially in response to predators. 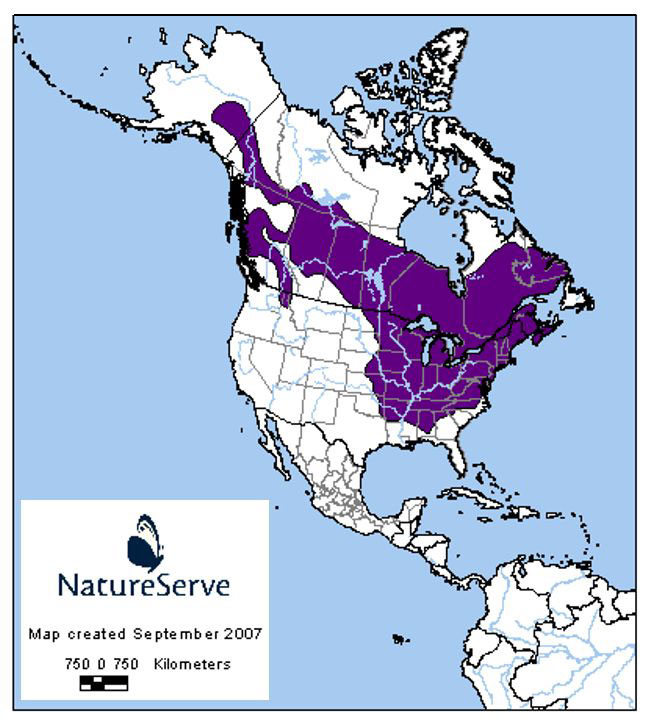 Marmota monax is native to the eastern half of the U.S. and the southern half of Canada.

The groundhog is mostly herbivorous, consuming wild grasses, berries, flowers, and any other suitable vegetation. It will also consume grubs, insects, snails, and other small animals on occasion. They prefer open areas due to their diet, living in burrows along woodland edges or in prairies, fields, or open lots with lots of access to edible vegetation.

Groundhogs usually reach max size between two to three years of age. Wild groundhogs can live up to six years, with three being average. Groundhogs in captivity can live up to 14 years. In areas of human development, groundhogs often have access to open areas with edible plant growth, while lacking many natural predators. This leads to thriving populations which may become a nuisance. Groundhog predators of eastern North America include coyotes, badgers, bobcats, and red foxes. Juvenile groundhogs can be preyed upon by a larger variety of predators including cats, snakes, hawks, and most other opportunistic predators.

Breeding usually occurs in a groundhogs second year, but some may breed in their first. The breeding season runs from March to April. Mated pairs den together for the entire 32-day gestation period.  Before the young are birthed, the male leaves the den. One litter of two to six pups is produced per year. Pups are born blind and hairless. Once the pups have grown fur and can see, the male may or may not return to the den. Usually by the end of August, the family unit splits to burrow on their own.

The groundhog can be harvested for food and fur, but is underutilized. As mentioned above, they may also become a nuisance in areas where burrowing or feeding impacts farmers, homeowners, or earthen structures, such as dams.

Here in Bella Vista, groundhogs can be found along most open roadsides, especially along Lancashire, which often leads to roadkill. They can also be found in just about any open field or empty forested lot.  For Lakes and Parks staff, groundhogs are somewhat troublesome as they often make burrows on the dry side of dams, which require filling.