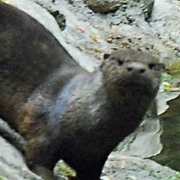 Identification:
River otters live in and around water. They have long streamlined bodies with a long, tapered tail. Otters have oily brown fur all over their body, including their tail; this can help distinguish them from the beaver with its hairless tail. The fur on their underside is typically a lighter brown or gray. Otters also have long prominent whiskers. Their feet are webbed, and their hands are very dexterous. Otters weigh 10-30 lbs., with males larger than females, and are 24-42 inches in length.

Range:
Otters were natively found throughout North America, from Alaska and Canada to the Gulf of Mexico, and from coast-to-coast. However, habitat destruction, urbanization, and pollution have extirpated the river otter from some states in the U.S. 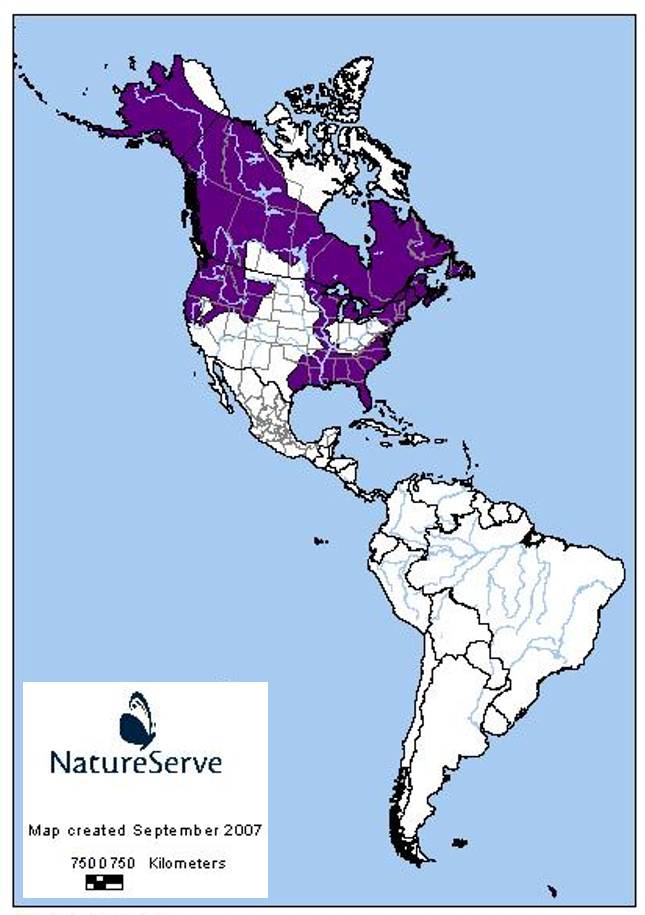 Ecology:
River otters inhabit more than just rivers. They can be found in inland freshwaters, such as rivers and lakes, and in marine and brackish waters. They prefer waters with adjacent woodlands but can survive in any location with a steady supply of food and access to a waterbody. Otters live in dens built in a natural hollow, an undercut riverbank, hollow log, or in the burrows of other animals. The entrance may be under water or above ground. The den is typically lined with leaves, grass, bark, and moss.

Otters are typically ambush predators, lunging and grabbing prey, rather than pursuing prey. They are well adapted for hunting in water: they can stay submerged for up to 4 minutes, swim at a speed of nearly 7 mph, and dive to a depth of 65 ft. While their primary diet is fish and crayfish, they will opportunistically eat anything, including fruit, reptiles, amphibians, birds, insects, and small mammals. They will avoid carrion.

Reproduction is viable at two years of age, and males usually mate with multiple females. Breeding occurs from December to April. While gestation lasts two months, otters delay implantation for up to eight months, meaning that birth usually occurs 10-12 months after copulation. Litters usually consist of one to three pups, rarely up to five. Pups are born fully furred but are blind and toothless. They open their eyes at four weeks, consume solid food at nine weeks, wean at 12 weeks, and are provided food up until 38 weeks. While they can sustain themselves at an earlier age, pups usually stay with their family until the following spring and leave before a new litter is born.

Special Notes:
Here in Bella Vista, otters are uncommon. Little Sugar Creek provides a corridor for otters to get to Bella Vista and potentially all our lakes. In January 2020, an otter was seen eating fish in the Avalon heated dock multiple times. The Lakes and Parks staff may take measures to relocate the otter to prevent interference with the fish hatchery program. Although they are fascinating to watch, otters can be voracious and wreak havoc on a contained system like in a fish hatchery. 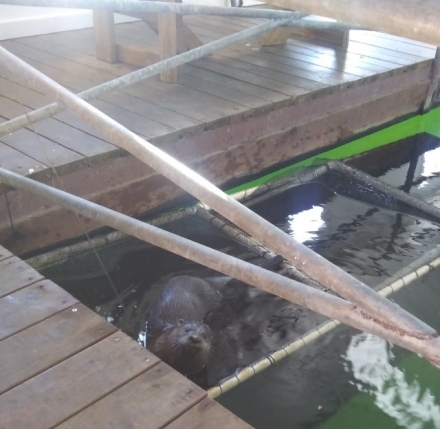