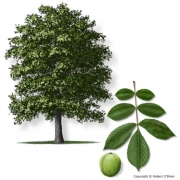 Identification:
Hickory trees native to North America are all from the genus Carya, although there are 12 different species in the United States. All of them have different characteristics, as well as similarities. Hickory trees produce flowers in the spring that are small and yellow-green in color. The fruits are categorized as nuts that are surrounded by a hard husk with four parts. Husks split open when they mature. The nuts contained in the husks have a hard, bony shell that split in two halves when the seed germinates. Nuts measure 0.75 – 2” long by 0.5 – 1.20” in diameter. 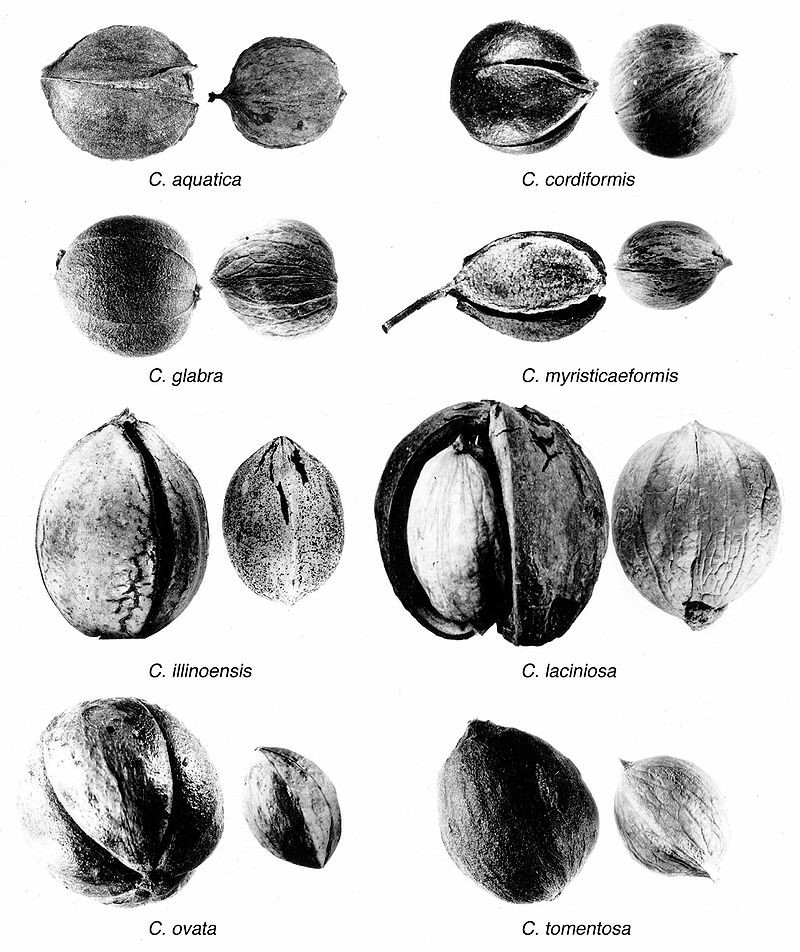 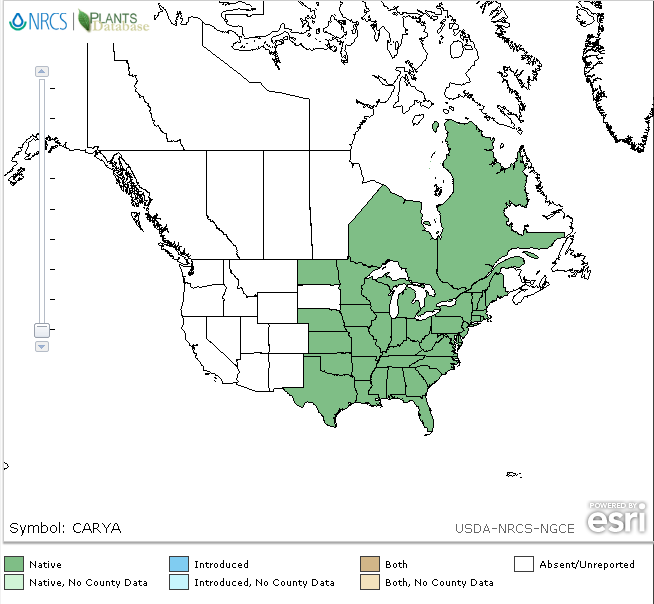 Ecology:
Hickory trees serve as food for many insects including the Luna moth, the hickory leaf stem gall and the banded hickory borer. Galls can potentially damage hickory trees, although they are normally harmless. Squirrels do more damage searching the trees for the galls to eat, and breaking off infected bark.

The nuts of hickory species can help identify the species of tree, although they are very difficult to identify themselves. All are surrounded by a husk that can be thick or thin but is generally hard through maturity. Some husks appear rougher than others and have slightly different shades of color.

The wood produced by hickory trees has a combination of strength, hardness, and stiffness that is hard to find in other woods grown commercially. It is used for many things that must handle a lot of weight and stress including bows, tool handles, lacrosse stick handles, golf club shafts, walking sticks, paddles and even floors. The heartwood is dark and highly contrasted to the sapwood making it very desirable for kitchen cabinets. It is great to use for cooking barbeque or smoking meats because of the flavor that it adds. The shagbark hickory Carya ovata has a bark extract that is like a smoky maple syrup.

Special Notes:
Here in Bella Vista, hickory trees are quite common on hillsides throughout the city. Shagbark hickory trees are one of the most easily recognized trees to identify by the bark. As the name implies, the bark looks as if it is peeling off the tree. There are others here including the shellbark, mockernut, and black hickories. All nuts are edible, but the reward for the effort required insures that most are left for the squirrels.