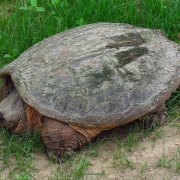 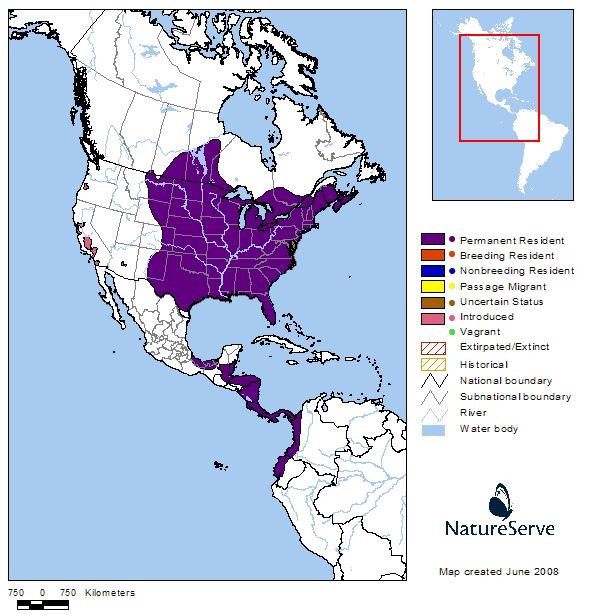 Range: Snapping Turtles are found from southern Canada in the north to south Texas and Florida and is present as far west as the foothills of the Rocky Mountains.

Ecology: Common snapping turtles are mostly found in freshwater but can be found in brackish water. These aquatic turtles prefer slow moving water and muddy bottoms with vegetation. They do not normally bask in the sun like other smaller turtles. Instead, they bask by floating just under or on the surface of the water. They are mostly found under aquatic vegetation or buried in muddy or sandy substrate in shallower waters.

Common snapping turtles are normally calm when in the water. However, when threatened or cornered they can be very aggressive. This aggression is mostly seen when the turtle is out of the water. It is quite clumsy on land, and therefore feels it must defend itself. They will strike with their powerful jaws to protect themselves. They cannot retract all the way into their shells and their stomachs and limbs are fleshy, so they use aggression to protect themselves from predators.

Common snapping turtles are omnivores that consume fish, frogs, aquatic vegetation, and a wide variety of other vertebrate and invertebrate prey. They are important aquatic scavengers as well as active predators.

In the wild, common snapping turtles can live up to 30 years. Hatchlings are very vulnerable, although adults have few natural predators. Predators of hatchlings and eggs include crows, mink, skunks, foxes, raccoons, herons, and snakes. Adults are most vulnerable out of water. Many are struck by vehicles while moving between water bodies.

Mating occurs from April-November. Females can hold onto a male’s sperm for several seasons if needed. The female will construct a hole to lay the eggs in and can lay up to 83 eggs. Eggs will hatch between 9-18 weeks depending on weather. There is no parental care for hatchlings.

Many people think it is OK to pick these animals up by the tail, but this can cause series injury to the animal, as it pulls on their vertebrae. It is also not a good idea to get the animal to bite a stick and drag it across the ground, as this can lead to scrapes which can become infected. If an animal must be handled, it can safely be picked up by holding the shell above the hind legs (demonstrated below). 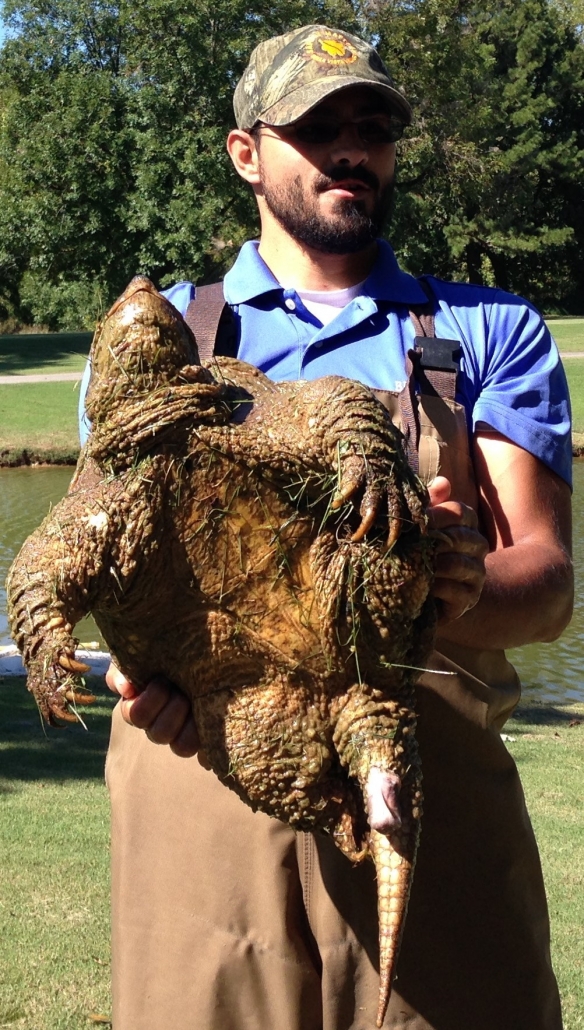 Special Notes: Here in Bella Vista, common snapping turtles can be found in the lakes, streams, or in golf course ponds, and are mainly active April-November. You should always be cautious around these animals, especially if seen out of water where they feel more threatened and become aggressive. If approached in water, they will normally just swim away and avoid confrontation. Vehicles are a major source of adult deaths when moving between water bodies, so be cautious when driving.