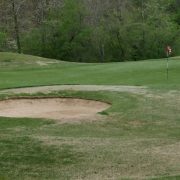 It’s been about 7 years since we have had more than minimal reason for concern about turf injury and loss that can occur because of a severe winter. This year’s early cold snap, intermittent periods of brutally cold for this area (negative numbers for lows) and below normal rainfall resulting in dry conditions in the fall and early winter gives cause to review “winterkill” potential and the wide range of factors involved. I have referenced numerous sources to write this article including the USGA and fellow golf course superintendents.

Winterkill is an easy problem to define, difficult to fully understand and impossible to completely prevent. Simply put, winterkill occurs in both cool and warm season turf when turf dies during winter. However, understanding the mechanisms that cause winterkill, creating effective prevention strategies to minimize damage and formulating effective recovery programs is complex.

What causes winterkill? Winterkill is a catch-all term describing winter injury to turfgrass that occurs through a variety of mechanisms such as ice suffocation, crown hydration, low-temperature injury and desiccation. In addition, soil types also can increase the potential for injury. Sandy soils are more prone to winterkill damage than heavy soils such as loam or clay. Identifying the exact cause of winterkill is difficult because winterkill may be caused by one mechanism or could result from a combination of mechanisms that act simultaneously or occur multiple times during winter. Additionally, turfgrass species have different tolerances to winter injury, even within the same general turf type such as bermudagrass. 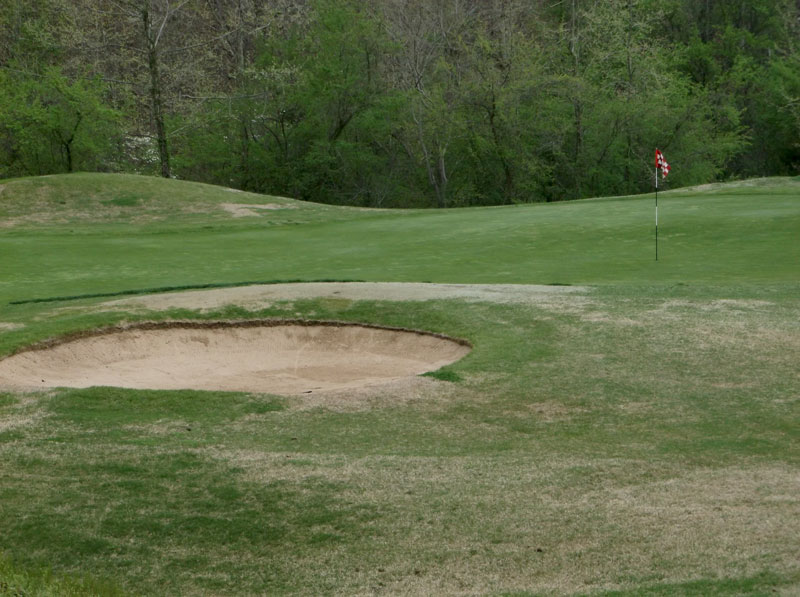 Can winterkill be prevented? Although there are numerous maintenance practices that can reduce chances of it happening, no silver bullet has been found. Some of the common strategies we utilized on our courses include proper fall fertilization programs, raising mowing heights in the fall, reducing shade, improving drainage, reducing completion for moisture caused by tree roots, relieving compaction through an aeration program, monitoring and improving moisture retention and penetration utilizing various products.

In addition, USGA research has led to the development of colder tolerant Bermuda varieties such as Latitude 36 Bermuda. This variety was developed at Oklahoma State University and has shown in the field to be the best winter hardy improved bermudagrass type available on the market today. This is the turf variety used in both collar projects completed over the past two years on our courses at Scotsdale and Highlands.

Regarding winterkill concerns on our ultradwarf bermuda greens at Brittany and Scotsdale, it is critical we utilize many of the same programs mentioned above, especially the ones related to good fall fertility and moisture. In addition, we utilize covers based on the protocols recommended by the plant breeder. These procedures are listed on the web site for your convenience. When significant cold is experienced in early winter such as this year, the tendency for winterkill goes up. These early winter freezes are a problem because the mounds and LDS (Localized Dry Spot) areas tend to be less hydrated and thus more susceptible to winter damage. Late hard freezes frequently happen when bermudagrass root and rhizome health is at its worst, again magnified by the lack of hydration. This is the reason we have been on the side of caution when making decisions to cover or uncover our ultradwarf greens. We monitor moisture daily using a moisture meter and water accordingly along with utilizing a wetting agent program a minimum of every 30 days. Adequate moisture in the soil buffers temperature fluxuations and reduces the tendency for temperatures to drop as quickly in profile and reducing risk of winterkill damage. 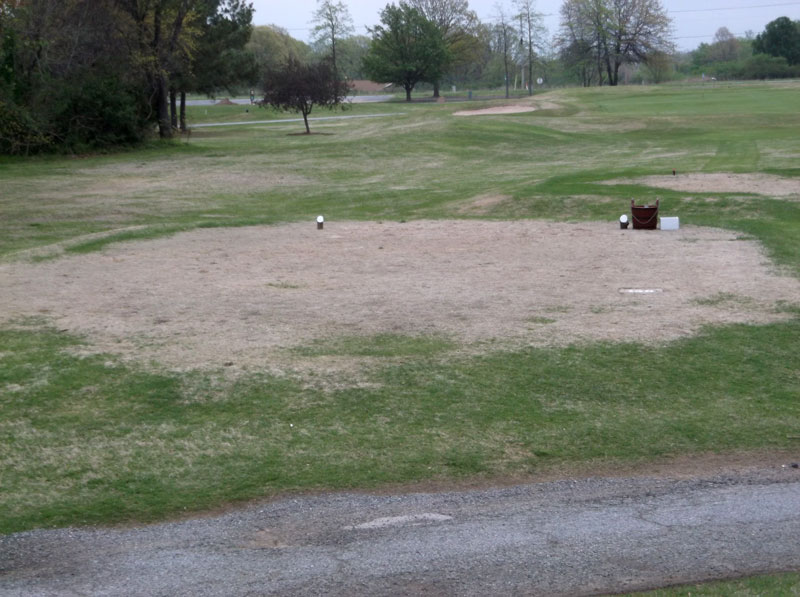 Winterkill doesn’t occur in our part of the world every winter, but it does occur, and this year’s weather makes it a possibility. Depending on how severe, it can impact playing conditions for weeks. We have a plan of attack to correct winterkill should it happen so let’s hope we get a little cooperation from mother nature to limit the severity and duration or our remaining winter season.